Four sulfur miners working at an active volcano in Indonesia search for meaning in their daily struggles and triumphs. 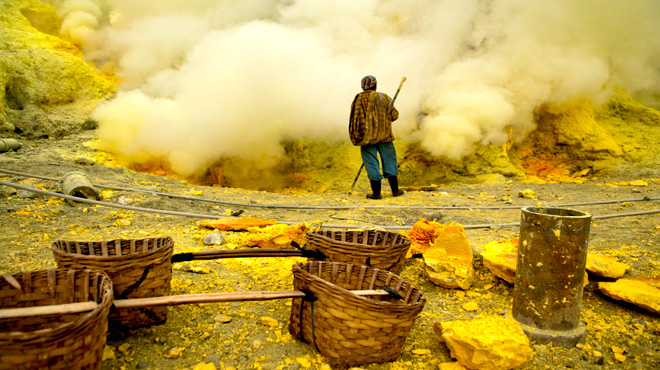 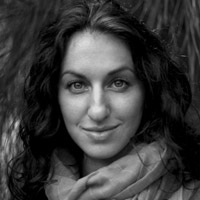 Sasha Friedlander is a filmmaker based in Brooklyn, New York. Sasha completed her BA from UCLA in 2007, and received her MFA in Social Documentary Film from the School of Visual Arts in New York in 2011. After UCLA, Sasha received a Darmasiswa Fellowship to study at the Indonesian Art Institute in Bali. While in Indonesia, Sasha began an internship at Bali TV,… Show more and because of her fluency in the Indonesian language, was asked to join a team of journalists from the BBC and the Bali Post to launch the first edition of the International Bali Post. Inspired by a brief trip she took to Kawah Ijen crater in East Java in 2009, she returned to Indonesia a year later, to produce Where Heaven Meets Hell, her first feature documentary film. Where Heaven Meets Hell has won numerous awards including the Grand Jury Prize for Best Feature Documentary Film and a Special Jury award for Outstanding Cinematography at the Los Angeles Asian Pacific Film Festival, and the Halekulani Golden Orchid Award for Best Documentary Feature at the Hawaii International Film Festival. At the One World International Human Rights Film Festival in Prague, the Václav Havel Jury gave a Special Mention Award to the film for being a documentary that has made an exceptional contribution to the defense of human rights. The Alliance of Women Film Journalists (AWFJ) awarded Friedlander with an EDA Award for Documentary Artistry at the Salem Film Festival in March 2013. Show less 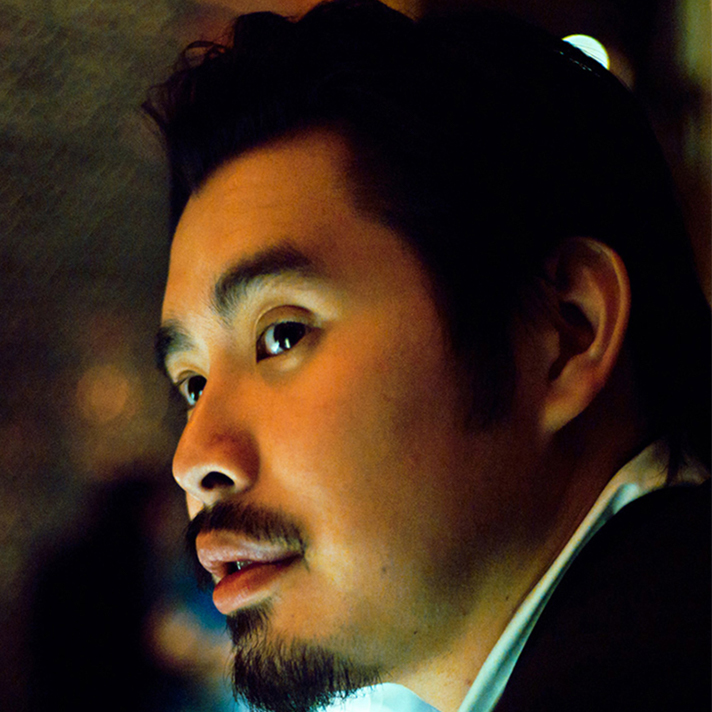 Bao Nguyen (Producer/Director) is a Vietnamese American filmmaker whose past work has been seen in the New York Times, HBO, NBC, Vice, ARTE, and PBS, among many others. He has directed, produced, and shot a number of short films, which have played internationally in numerous festivals and museums including MoMA and the Smithsonian. His graduate thesis… Show more film, Julian, won a CINE Golden Eagle Award, the Best Student Documentary Short at the Palm Springs ShortsFest, Special Jury Prize at DOCNYC, and was nominated for an IDA Award. He was the producer and cinematographer of Nuoc 2030, a feature narrative set in near future Vietnam which opened the Panorama section of the 2014 Berlin International Film Festival and was a recipient of the Tribeca Film Institute Sloan Filmmaker Award. His feature doc directorial debut, Live From New York opened the 2015 Tribeca Film Festival and was broadcast nationally in primetime on NBC, preceding the 41st season premiere of Saturday Night Live. He is a 2011 PBS/WGBH Producers Workshop Fellow, an alumnus of the 2012 and 2014 Berlinale Talent Campus, and a Firelight Media Fellow. He earned his BA at NYU and his MFA at the School of Visual Arts in New York City. Show less

Other ITVS Films
We Gon' Be Alright

Where Heaven Meets Hell follows the lives of three of the nearly 500 sulfur miners working in Kawah Ijen, a spectacular active volcano in Indonesia. Sulfur is a vital component in the production of sugar, rubber, cosmetics, and matches — products used worldwide. The mining process, however, is grueling and extremely dangerous. Several times a day the miners haul loads of nearly 200 pounds along a treacherous 2.5-mile path, while engulfed in billowing clouds of toxic sulfur dioxide gases.

This intimate portrait chronicles their attempts to escape the endemic poverty, and lack of education that haunts their community. Drawing strength from their families and their Muslim faith, the miners search for meaning in their daily struggles and triumphs.

The film is a study of endurance and the sustaining power of faith, love, and family through desperate times; universal themes that resonate throughout the world today. Each character weaves their own unique story, as Where Heaven Meets Hell draws us into their world and paints a moving portrait of the hardships they face. It highlights the humanity, humor, and commonalities shared by people and workers everywhere, while shedding a light on a little known corner of the globe.