Their average age is 81, but the spirited members of the Young@Heart Chorus upend assumptions about friendship, old age, life, and death worldwide. 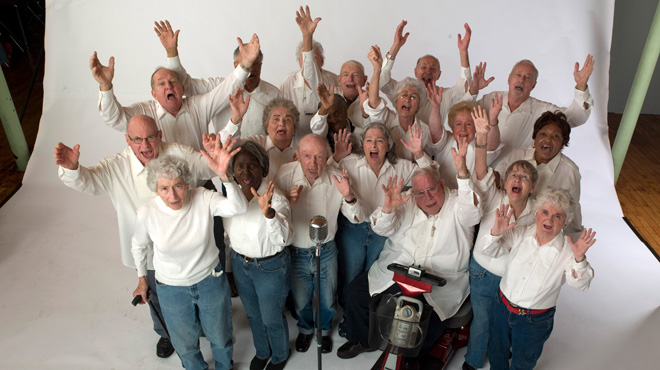 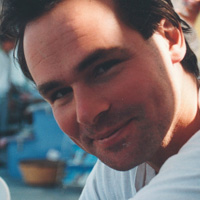 Stephen Walker has directed 23 films for the BBC and Channel Four, including Hiroshima: A Day That Shook The World (nominated for three Emmys, including Best Director and Best Cinematography, and winner of an Emmy for Best Music and Sound, as well as a National Geographic Cine Golden Eagle Award) and the critically acclaimed Faking It: Punk to Conductor… Show more (winner of the 2003 Montreux Rose d’Or, International Press Prize awards, and a BAFTA). Walker also directed Hardcore, a film about the Los Angeles porn industry (nominated for the Grierson Award for Best Documentary 2001) and Waiting for Harvey. He has also directed dramatic television for BBC TV, including Prisoners in Time, starring John Hurt and winner of the Writer’s Guild of Great Britain Award for Best Television Drama. Walker has also written two books, most recently Shockwave: Countdown to Hiroshima, which reached the New York Times Bestseller List, and King of Cannes, a riotous account of his two weeks at the famous film festival. He lives in London, England with his wife Sally George and daughter Kitty. Show less

The Young@Heart Chorus, a group composed of New England senior citizens, has delighted audiences worldwide with renditions of songs by artists from The Clash to Coldplay.Young@Heart chronicles seven weeks in the lives of the members of the chorus as they prepare for a one-night-only concert in their hometown of Northampton, Massachusetts. The group is made up of two dozen spirited seniors — former schoolteachers, executives, doctors, and food service workers — who specialize in reinterpreting rock, punk, and R&B classics from a unique perspective. What ultimately emerges in the film is a funny and unexpectedly moving testament to friendship, creative inspiration, and expectations defied.

Led by Bob Cilman, their demanding musical director, the retirees are rehearsing their new show, struggling with Sonic Youth’s dissonant rock anthem “Schizophrenia,” and giving new meaning to James Brown’s “I Feel Good.” With less than two months to go until the concert, the performers grapple with new lyrics and unfamiliar melodies. During their thrice-weekly rehearsals, they gradually take possession of music ranging from R&B classics like Allen Toussaint’s “Yes We Can Can” to Coldplay’s emotionally powerful ballad “Fix You,” upending assumptions about old age, love, sex, and death.

From 92-year-old Eileen Hall’s rousing rendition of The Clash’s “Should I Stay or Should I Go?” to 75-year-old Pat Linderme’s moving interpretation of Prince’s “Nothing Compares 2 U,” each performance responds to the ravages of age with startling emotional depth. And, after almost two months of shooting, the Young@Heart Chorus delivers a triumphant performance that celebrates the joy of music and the lives of their lost friends. The end result is an inspirational journey with a singular group of people who may be old in body, but refuse to grow old in spirit.